UM Crown of the Continent and Greater Yellowstone Initiative
You are here:

In 1901 when George Bird Grinnell coined the phrase “The Crown of the Continent,” little did he know that those lofty words that he employed to gather support for his efforts to create Glacier National Park would some day come to represent a far greater expanse of soaring alpine country in two countries. Glacier National park, and its approximately one million acres, is now, almost one hundred years after its official founding, just one of several jewels in this very large, pristine, and intact trans-boundary ecosystem that encompasses nearly 13 million acres. Today’s Crown of the Continent, to which the new UM initiative bearing that name is dedicated, is a mesmerizing, outrageously beautiful, diverse, and both scientifically and historically important piece of geography that extends some 250 miles from north to south along the Continental Divide. It holds legendary landscapes, including those within the boundaries of the Glacier-Waterton International Peace Park as well as perhaps the grandest wilderness area of all –“The Bob,” that is, the Bob Marshall, Scapegoat, and Great Bear Wilderness Areas and other grand landscapes on both sides of the U.S.-Canadian border. In the realm of time and space -–it is difficult to separate history and geography--, this special place in the Rocky Mountains of Northern Montana and the southern parts of both British Columbia and Alberta can boast of a recent, perhaps, but very colorful past. Before the Europeans came in search of fur and then gold and other natural resources, this swath of land was part homeland and part transit territory for numerous indigenous peoples north and south, east and west. They are still a part of this place, and it is certainly still a part of who they are. When the Europeans (and after the Lewis and Clark Expedition, Americans) came to this spectacular country in search of wealth, space, and natural resources, they settled sparsely and mostly in a few valleys and on the periphery of what we have come to regard as this Crown of the Continent. Consequently, much of this place, this “ecosystem,” is still intact and relatively undisturbed; much of it is legally protected. 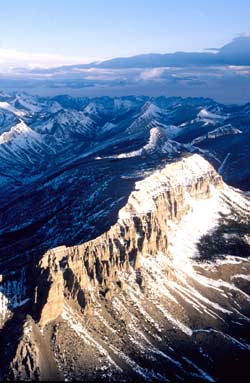 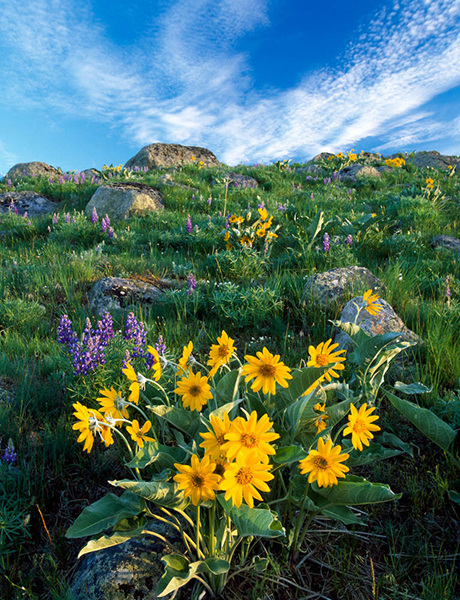 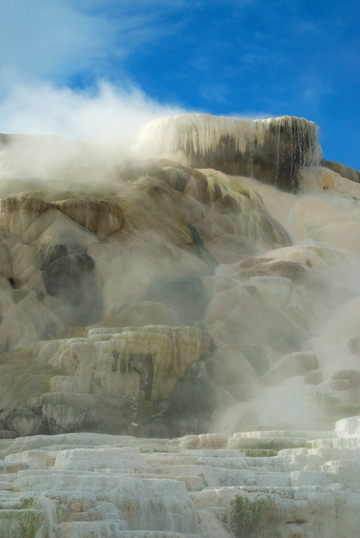 This Is The Greater Yellowstone:

The Park within the Greater Yellowstone Ecosystem - America's Best Idea*

The Act of Dedication:

An act to set apart a certain tract of land lying near the headwaters of the Yellowstone River as a public park. Be it enacted by the Senate and House of Representatives of the United States of America in Congress assembled, That the tract of land in the Territories of Montana and Wyoming…is hereby reserved and withdrawn from settlement, occupancy, or sale under the laws of the United States, and dedicated and set apart as a public park or pleasuring ground for the benefit and enjoyment of the people; and all persons who shall locate, or settle upon, or occupy the same or any part thereof, except as hereinafter provided, shall be considered trespassers and removed there from…

On March 1, 1872, when President of the United States, Ulysses S. Grant, affixed his signature to this piece of legislation enacted by the U.S. Congress, he created not only the nation’s, but the world’s first na­tional park – Yellowstone! The job was not yet complete: a long journey to safeguard this place lay ahead. More than twenty years passed before Yellowstone was finally protected from those who wanted to exploit it. America’s first conservation lobbying organization, the Boone and Crockett Club (which has a headquarters today in Missoula), founded in December of 1887 by Theo­dore Roosevelt, George Bird Grinnell and others, led the fight by pushing for passage in 1894 of The Yellowstone Protection Act.

Today, travelers reaching Glacier or Grand Teton National Parks can readily see why the two places were set-aside – Glacier in 1910 and Grand Teton 1929. Colossal moun­tains, some holding glaciers, and forests reaching toward great altitudes are immediately obvious. Yellowstone, with the excep­tion perhaps of its northeast frontier, opens with less dramatic grandeur and, perhaps at first glance, it isn’t obvious what all of the fuss is about. But venture deeper into the Park, however, and it doesn’t take long to understand and appreciate why it took only two and one-half years from the first exploratory expedition in the autumn of 1869 for the Congress to realize that here was a place that was too valuable not to keep intact!

Yellowstone’s thermals, mineral formations, mountain peaks, lakes, streams, waterfalls, untrammeled country, and its wildlife population are legendary. Once a visitor explores the landscape and discovers the beauty, it then becomes clear that here is one of the wilderness gems of North America.

As time passed, this 2,221,766-acre park rising from Wyo­ming’s northwest corner, with a bit of Montana and Idaho thrown in – Wyoming claims 96 percent, Montana three and Idaho one percent –, gained international fame. All that YNP offered (including hydrothermal features and magnificent animals) drew curious tourists and researchers from across the USA and the world. Especially important has been the recognition that Yellowstone isn’t an island, but rather the centerpiece of a much larger landscape, the Greater Yellowstone Ecosystem (see the map in the “Map section” of this website), estimated to sprawl across almost 20 million acres. Scientists con­sider it to be one of the largest intact ecosystems in the temperate zone of the earth.

Management today is a particularly important and challenging undertaking. Aside from private lands, this grand bit of geography encompasses two iconic national parks (Yellowstone and Grand Teton), six national forests, two national wildlife refuges, portions of three states, and dozens of counties, municipalities and other jurisdictions, as well as the headwaters of three of America’s great waterway systems – the Green River leading to the Colorado, the Yellowstone flowing to the Missouri, and the Snake reaching to the Columbia.

There is much to write about the Park and the ecosystem as a whole: early-day travelers, the initial explorations, the military management of Yellowstone, the varied landscapes of moun­tains and forests, the wild critters, the hydrothermal system, the super volcano, the backcountry trails, mountaineering in the Teton, Wind River and Beartooth ranges, the indigenous peoples now and yesterday, the communities, rivers and lakes, the Grand Canyon of the Yellowstone, forest fires, weather, an altering climate, plants, trees, volcanic features, glaciers and glaciation, ranchers, tourism, towns, research and much more. In future publications of our Crown of the Continent and Greater Yellowstone Initiative E-magazine, we will delve into all of these subjects.

Yellowstone: several stories abound about the name, but the most plausible seems to come from French Canadian trappers who came up the Yellowstone River in the 1740s. It is thought that they met the Minnetaree Indians – a branch of the Hidatsa, who had settled in the area of the confluence of the Missouri and Yellowstone rivers. These indigenous people called the river Mi tse a-da-zi, or Yellow Rock River a name that came from either the yellow colored stones along the banks or, most likely, the yellow bluffs near and below Billings. Translated into French, it was called “Roche Jaune.” And the Lewis and Clark Expedition of 1805 referred to this tributary of the Missouri by that French name. Crow Indians living farther upriver, however, called it Elk River.

Interestingly enough, it wasn’t the legislation creating the park that bestowed the name Yellowstone on it, but rather letters be­tween Nathaniel Langford, YNP’s first superintendent (and one of its first official explorers), and the Secretary of the Interior at that time, Columbus Delano, that gave the park its name.

*NOTE: The term “America’s Best Idea” comes from Wallace Stegner in reference to Yellowstone National Park and the whole concept of national parks.

The University’s Crown Initiative is directly interested in the many and varied kinds of research being carried out here by scientists of all stripes from around the world, in the many educational activities and opportunities that are available through all kinds of official institutions as well as volunteer citizen groups, and in working collaboratively with its large and rapidly growing number of partners throughout the region who share these interests to make important and interesting information about the Crown available to the general public in a variety of accessible forms. One of those forms, with contributions from a wide range of people and organizations, is in the Crown of the Continent E-Magazine, the first issue of which was e-mailed out in early June, 2009. In this twice-yearly E-Magazine we intend to bring to you –researchers and scholars who study this place; officials who manage and make policy that affects this place and everyone and everything related to it; and the general public from near and far that is rightly fascinated by and concerned about the history and health of this place—a wide range of articles, essays, scientific findings, stories, anecdotes, lots of visual representations, bibliographies, and tips on where to find even more information about all aspects of this place: our (collectively) Crown of the Continent. We are also in the process of developing this Crown website through which some of those articles and information, additional news, features, and photographs will be made accessible to all interested parties at the click of a mouse.